Newfoundland dogs, affectionately called “Newfs” or “Newfies” are large working dogs. They are so named because they were originally bred and used as a working dog for fishermen in the Dominion of Newfoundland.

Newfoundland breed dogs are known as “the gentle giant” for their giant size, calm dispositions, intelligence, tremendous strength and loyalty to their owners. Their muscular build, thick water-resistant double coat, webbed feet, and innate swimming abilities help them to excel at water rescue and lifesaving. One famous Newfoundland dog named “Hairy Man” helped his owner, her father and brother rescue 163 people from a shipwreck in 1828. Newfoundland dogs even have a down-and-out swimming motion instead of an ordinary dog paddle. Those from Missouri know of another famous Newfoundland dog: ” Seaman”, who accompanied American explorers Lewis and Clark.

The Newfoundland dog breed is known for its even temperament and stoic nature. It is for this reason that this breed is known as “the gentle giant”. They are also gentle with children and good with other animals, but of course their giant size must be considered.

Newfoundlands come in a variety of colors, including black, gray, brown or white and black (called Landseer). The Newfoundland shares many traits with other dogs, such as the St. Bernard and English mastiff, including stout legs, massive heads with very broad snouts, a thick bull neck, and a very sturdy bone structure. Newfoundlands also share many characteristics of mountain dog breeds such as the Great Pyrenees, which are also bred by Harvest Acres.

Brief History of the Newfoundland Breed

Not surprisingly, the Newfoundland breed originated in Newfoundland (now part of Canada). The mastiff characteristics of the Newfoundland are likely a result of breeding with Portuguese Mastiffs brought to the island by fishermen beginning in the 16th century.

“A man is not a good man to me because he will feed me if I should be starving, or warm me if I should be freezing, or pull me out of a ditch if I should ever fall into one. I can find you a Newfoundland dog that will do as much.” Henry David Thoreau Walden 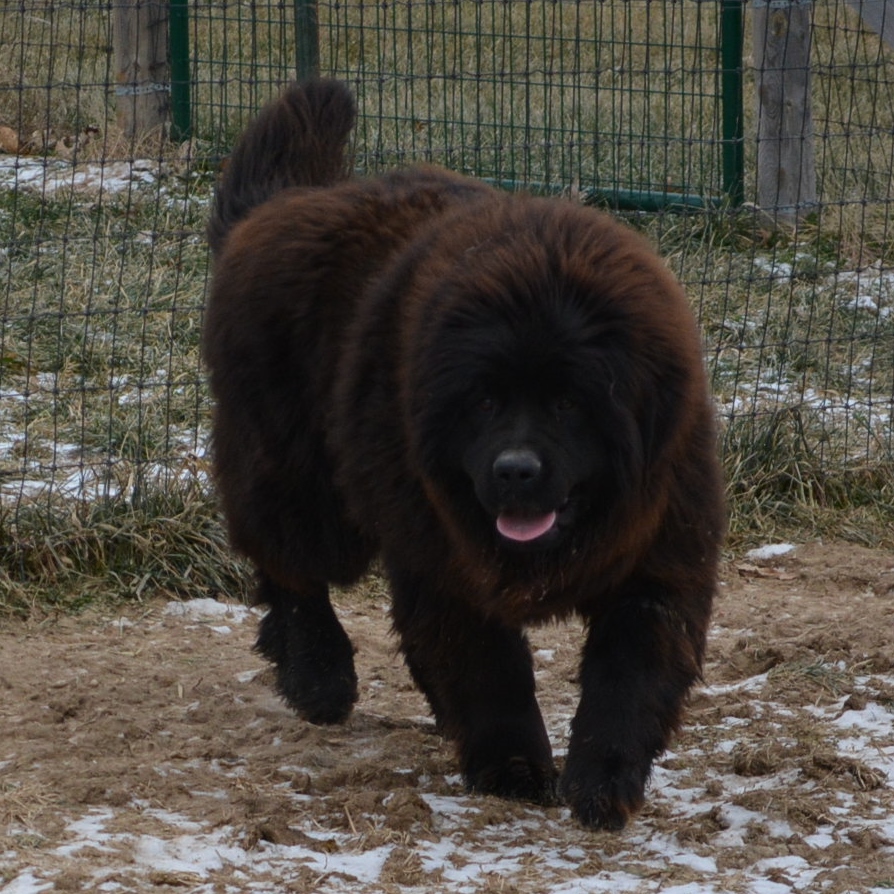